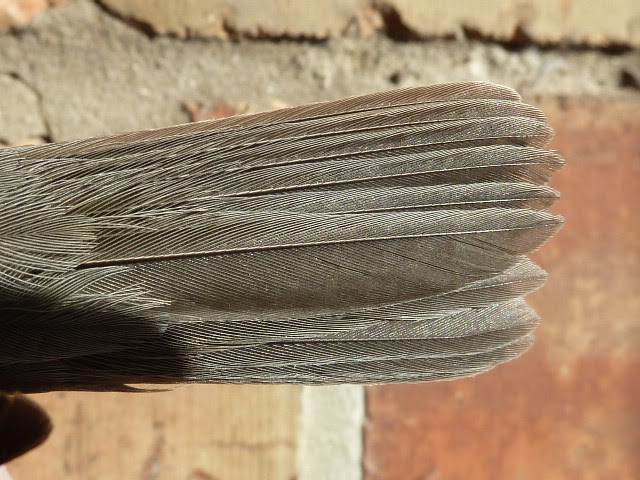 I only caught one bird this morning at Thornton, but it was an old friend! 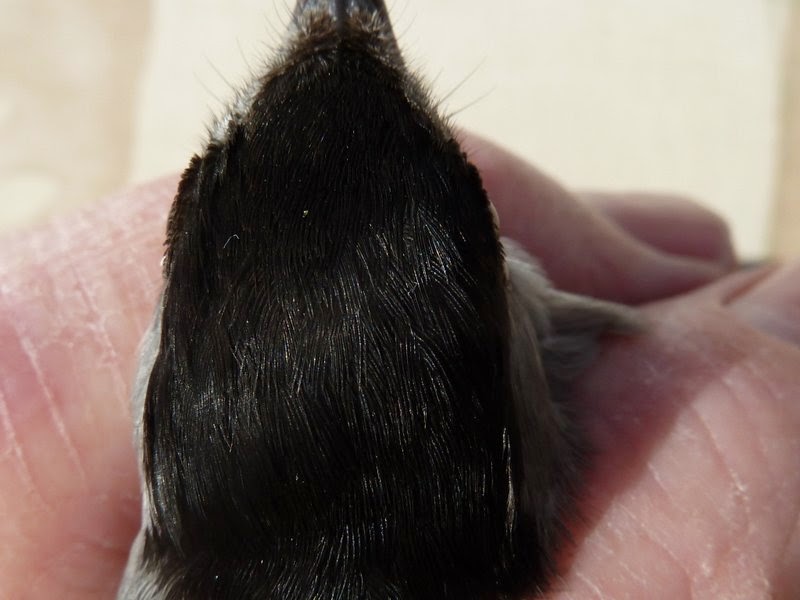 At first I thought it might be a second summer bird returning from last year.  There was some brown in the head. Not obvious in this image , but certainly in the one below. 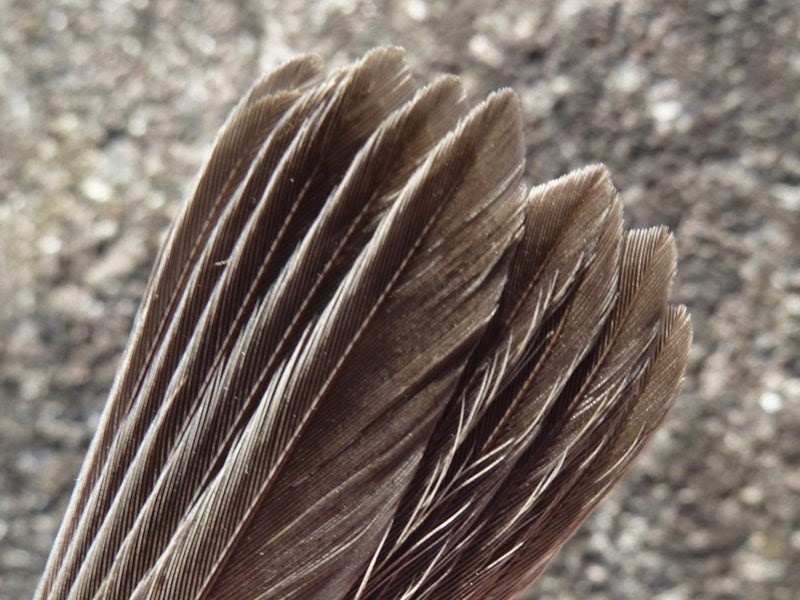 The first and 6th tail feathers were not pointed although I thought they might be more rounded if it was an older bird. 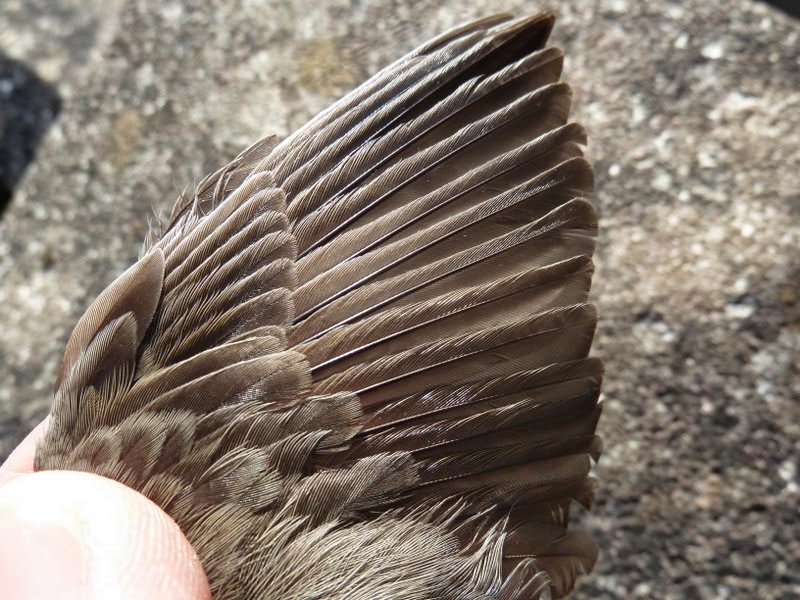 All the greater coverts seemed the same. 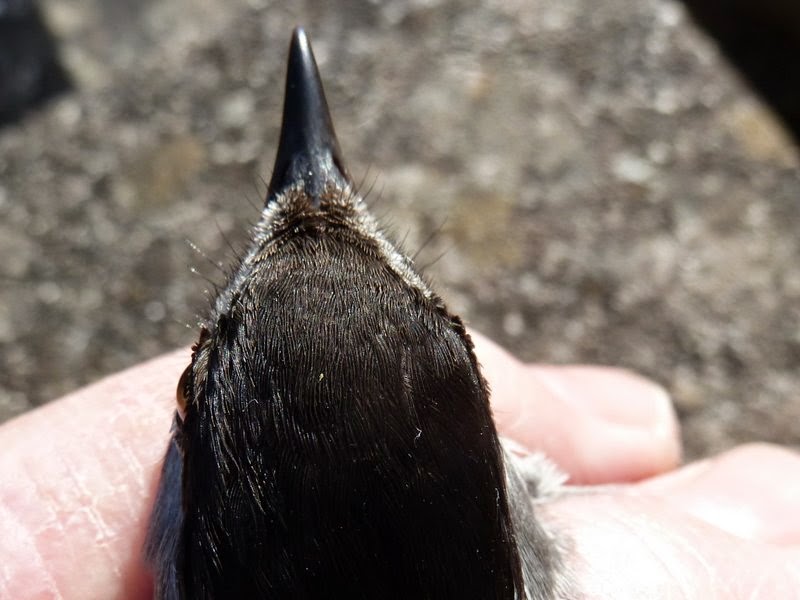 You can see some brown in this image.
In fact I had first rung this bird on 3rd April 2011 as a second summer, so it is returning for its sixth summer. I had also retrapped it on 9/7/13.
Posted by andy smith at 11:21