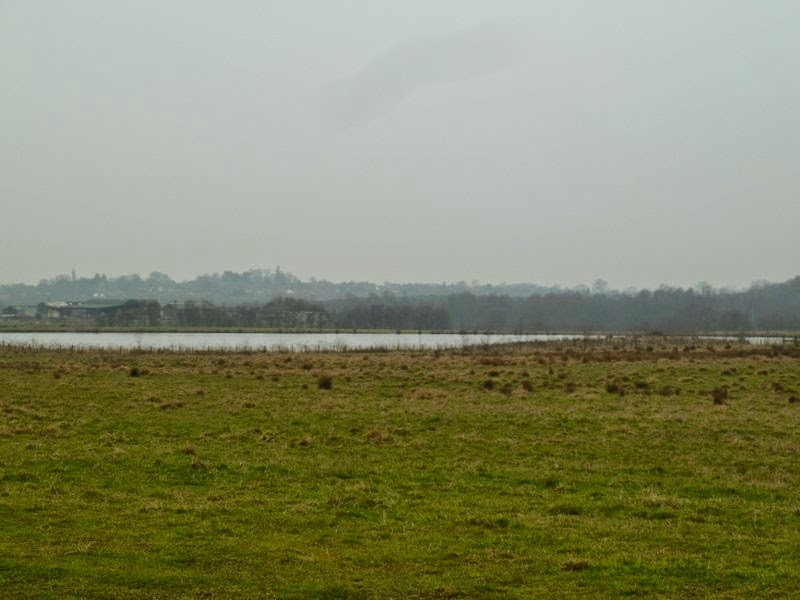 The long awaited Snipe ringing session at Hicks Lodge was a success. We positioned two lines of nets, one of four and one of three 18m nets. We then walked the field after dark. First out of the net was this Woodcock, a ringing tick for Gemma. 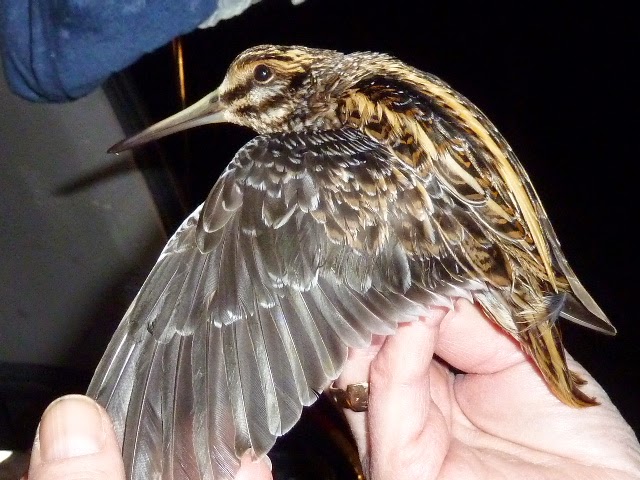 Next was a Jack Snipe, an extraction tick for Chris, but a ringing tick for Andy. 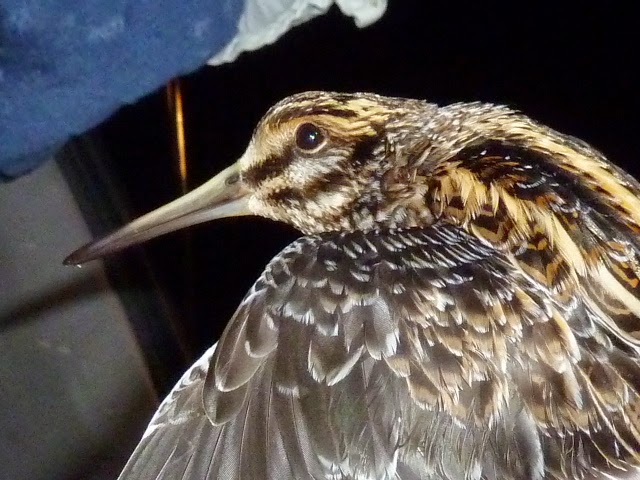 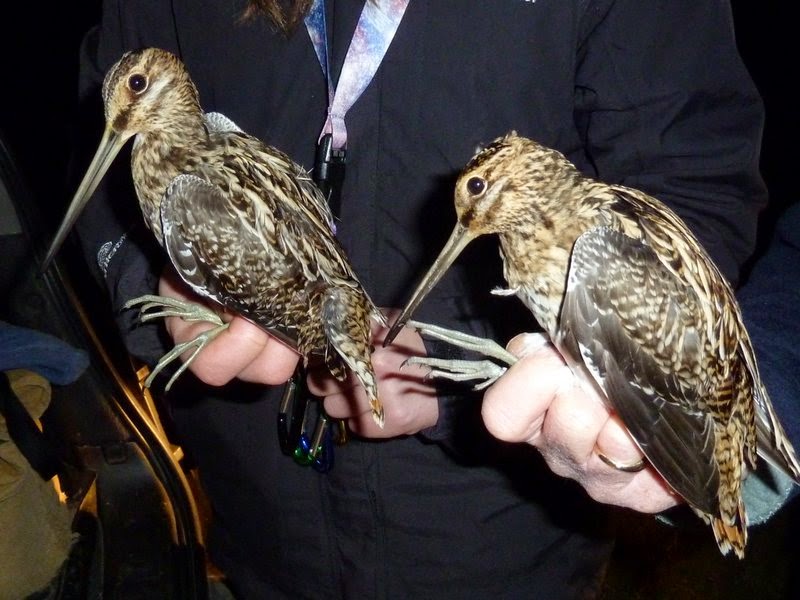 Two Snipe were also caught, a ringing tick for Chris, completing the hat trick of ticks! 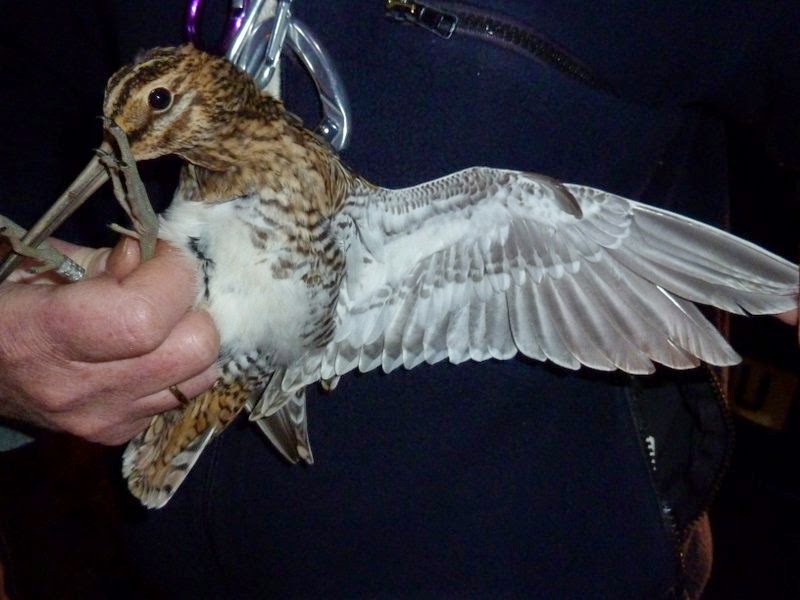 The white on the under wing coverts and the less rounded primaries helped us age this Snipe as a 5. 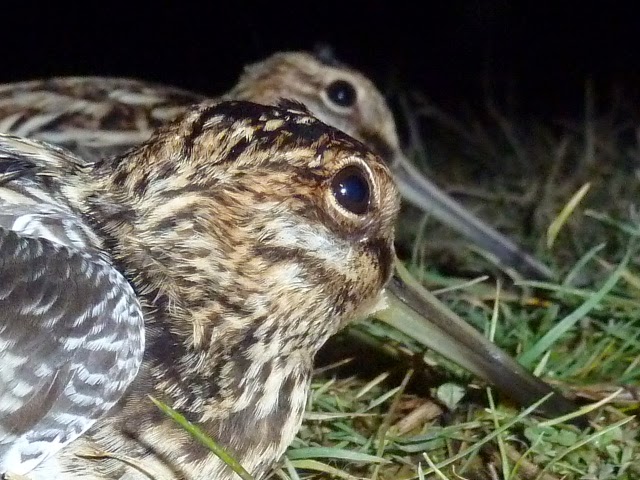 The two Snipe sit calmly just after release. My only regret is that I did not take the opportunity to grab a photo of all three species sat together. It would have been good for comparison. Oh well, next time.