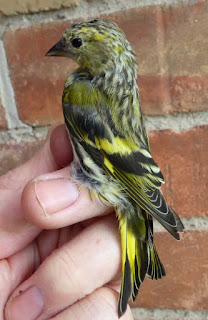 Today there has been a flock of about 60 Siskins at my ringing site. I have not had much luck tape luring and the call did not seem to work. I decided to try the song. It was a little more effective and I caught seven birds. 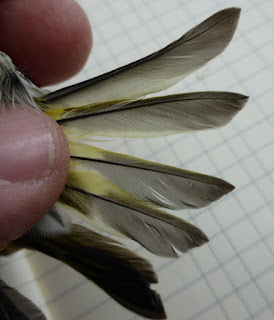 In the recent Ringing and Migration I had read an article on sexing using the amount of black on the second outer-most tail feather. I decided to give it a go. 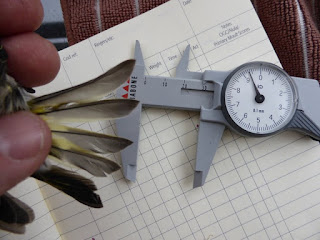 On some birds the blotch went almost to the base of the tail. It was difficult to measure, but the longest I recorded was 29.9. I presume a female, but it needs to be above 30 to be certain according to the paper. 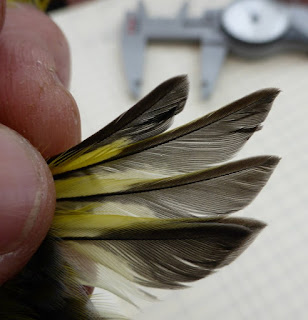 An adult male was  25.2 and a 3j had a measure of 24.5. The shortest I recorded was 17.8 on a 3. See below. Both these juveniles had some black feathers coming on the crown so I was able to sex them without the tail criteria. 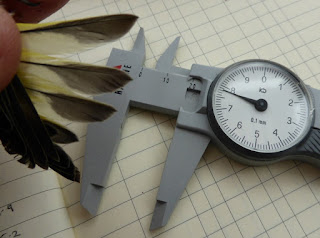 It was good to see so many Siskins and I am sure some have bred locally.