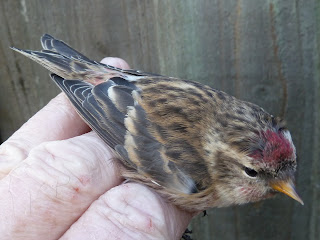 An adult male Lesser Redpoll, one of 116 that I have caught at Thornton this Autumn. 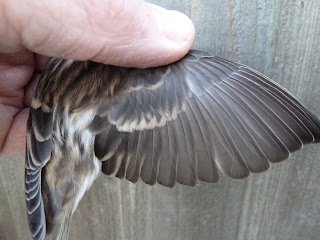 Note the generally brown colour of the mantle and the buff tipped greater coverts. 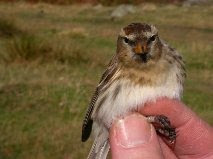 A smart Common Redpoll, caught with two Lesser Redpoll by Nigel and Chris at Charnwood Lodge recently. The following photos show the more extensive white feathers in the mantle and the white rump. The greater coverts are also tipped white rather than buff as in Lesre. 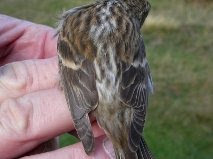 The white extends from the mantle to the rump. 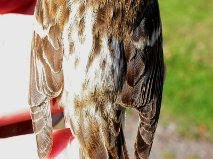 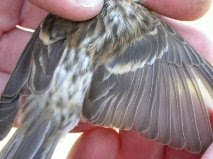 The bird has a much paler appearance and none of the116 Lesser Redpoll ( Have I mentioned this before? I'm not bitter, I prefer LESRE actually, anything with the name Common, well it just sounds abit ordinary, apart from Rosefinch!!) that I have caught were any where near that pale.


There is hardly any streaking on the under tail coverts. 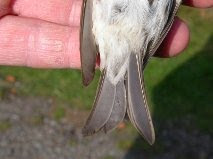 I had a catch of 33 Lesser Redpoll today. Out of the 116 I have caught this autumn only 14 have been adults.